The Once Upon a Western collection features retellings of favorite fairy tales transported to Wild West settings.

Readers will enjoy seeing the characters, plots, and other familiar elements of well-known fairy tales transported into the non-magical world of America’s Old West. 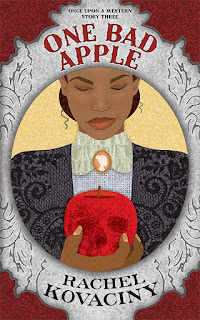 When a wagon train of Black pioneers rescues the seven orphaned Dalton cousins from the side of the trail, it seems like an answer to their prayers. As they roll west toward Kansas, fourteen-year-old Levi Dalton is dazzled by the beautiful Mrs. Mallone. She's a healer, and her knowledge of medicines and herbs inspires Levi to want to become a doctor. Maybe then he can stop people from dying of fevers and illnesses like his folks did.

But Mrs. Mallone's stepdaughter, Hopeful, warns Levi not to become too attached to the healer. Levi dismisses her warnings and his own misgivings until the day he sees something dreadful.

Levi knows he needs to tell someone what he’s seen before it’s too late. But will anyone believe the story of a fourteen-year-old orphan? Will anyone stand up to evil, no matter how beautifully it’s packaged? 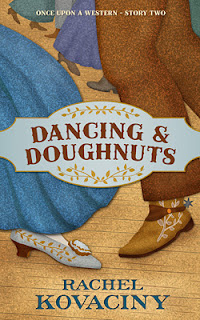 Fifty dollars just for asking a few questions? Jedediah Jones figures it must be his lucky day. What dancing and doughnuts have to do with anything, he neither knows nor cares. He's only interested in earning that money so he can finally eat something other than the apples he's been living off for days. Once his stomach and his pockets are filled again, he plans to move on.

But answering the advertisement plunges him into a forest of painted trees, twelve pretty sisters, trouble, and more trouble. And, yes, doughnuts.

Can Jedediah Jones solve the mystery and earn that fifty dollars when the whole town has failed? Or will the twelve sisters lose their family's business no matter what he does? 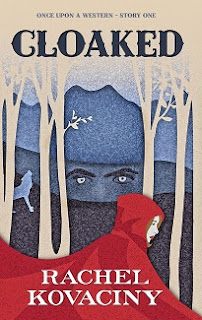 Mary Rose feels uneasy around Mr. Linden from the moment she meets him on the stagecoach ride to her grandmother's ranch in Wyoming Territory. But he works for her grandmother, so that means he's trustworthy, doesn't it? Everyone else seems to view him as honest and respectable, and Mary Rose wonders if she's overreacting.

She tries to ignore her suspicions until, one night, she discovers his real reason for being at the ranch. Now, if she's going to save her grandmother -- and herself -- she's going to need to run faster than she's ever run before.